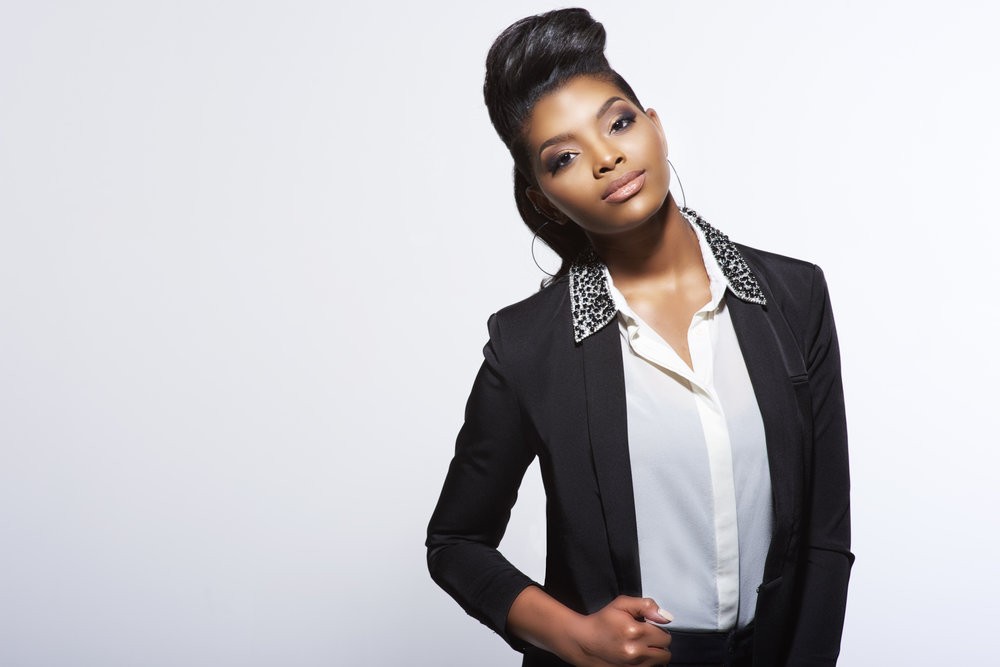 Before the age of 22, Jasmine Murray had curated quite a resume: Finalist on “American Idol.” Miss Mississippi title. Top 10 Miss America. Appearances on “The Ellen DeGeneres Show” and “Live! With Regis & Kelly.”

By anyone’s standards, she made it to the top. But the bright lights of success can cast a long, dark shadow. For Jasmine, that shadow hid anxiety that became difficult at times. In the dark, fear whispered she was not good enough. But with a supportive family, a divine songwriting appointment and help from God, she began pushing back and using her platform to show others they are not alone.

“We all have chinks in our armor,” says Jasmine. “Some are clearly seen from the outside. Mine were on the inside; I secretly battled fear and anxiety. I know it looks like I had it all together, but I didn’t.

Show MoreBest known for her powerhouse vocals as a finalist in season eight of “American Idol,” Jasmine has worked hard to overcome and achieve so much at a young age. Named Miss Mississippi and placing in the top 10 in Miss America 2015, she paid for college entirely with her contest earnings. Now she’s inspiring audiences with a fresh pop sound and a profound message of hope as an artist and songwriter with Fair Trade Services.

Now at age 25, Jasmine’s experience contributes to the wisdom and poise she carries. She’s on a mission, and she’s just getting started. “I feel like I’m on a journey, and it’s a privilege to be able to share that with people,” she says. “I know this is my purpose. I’m where I’m supposed to be. I want to reach people with the message God’s given me.”

Her journey began in a neonatal intensive care unit (NICU), where she fought for life for an entire month after her mother nearly died giving birth. She grew up in a single-parent home, the youngest of five siblings. “I realized as a young girl, I had to realize that Christ was my Heavenly Father,” she says. “I grew up knowing God’s love, but understanding God as ‘Father’ was different.”

That heartbreak contributed to the uneasiness she felt inside. She drew strength from music, whether it was singing along with the car radio or in church in her hometown of Columbus, Mississippi. “Music has been a part of my life since I was a little girl,” she says. My mom would play Gospel, Pop and R&B–she had a good mix as well, playing Yolanda Adams and CeCe Winans to Sade and Toni Braxton. The older I got, I started listening to more pop music. Christina Aguilera was always one of my favorites.”

Her love for music would continue to draw her to the stage. And she dominated. She auditioned for “American Idol” at age 16 and made it to Hollywood. The experience gave her a taste being a pop artist and the grueling work ethic that comes with it. Instead of buckling under the pressure, she felt like she found what she wanted to do with her life. “I love performing. I love being in the studio, and that was my first time getting to experience it all, and it was so incredible. I felt like, ‘Yes, this is the life.’” Her “Idol” exposure brought national press coverage including appearances on “The Ellen DeGeneres Show” and “Live with Regis and Kelly.”

Jasmine then pursued a publishing deal for songwriting. When it fell through, she took a deep breath and stepped back. She decided to return to her roots and commit to school full-time in Starkville, Mississippi, where one of her siblings lived. It was at her sister’s church that she fell in love with worship music, and God began to reveal His bigger and better plans. “I got involved with the worship team and started helping on Sundays,” she says. “That was where I felt like God just completely changed up my plans.”

She continued growing in her relationship with the Lord and her desire to help others. That season “was helping me to come into my own.” She founded a nonprofit called 13 Going on 30, a mentoring organization whose message to young girls is: don’t desire to act and look like a 30-year-old or make decisions like one. She traveled to schools and churches encouraging girls to learn and embrace their worth at a young age so they’ll avoid life-altering consequences.

Opportunities began to unfold. She met with Michael Blanton, a renowned music manager (Amy Grant, Michael W. Smith), with whom she shared her desire to write and perform music that shared the gospel. He helped connect her to Fair Trade Services, her record label in Nashville, TN.

She describes the label as “family,” as they’ve helped her acclimate to a new life in Nashville with a period of artist development. “They believed in me from the beginning, and I couldn’t ask for a better partner.”

Despite her success and support, fear and anxiety crept in again. One morning before a writing session, Jasmine suffered a panic attack in the parking lot. Several minutes later, she pulled herself together enough to walk in and meet with the two writers, Jeff Pardo and Tony Wood. Jeff asked her what was on her heart. “I wanted to write about fear, but I didn’t let on why,” she says. “Before I knew it, I burst into tears. I said, ‘This is what I’m dealing with. I have serious anxiety, and I feel like I’ve been in this season where I’ve let fear overtake me.’”

Called “Fearless,” the song became her first radio single. In it, she declares: “For I wasn’t given the spirit of fear, I was given the power of love. And everything I’ve been fighting against, I’m going to lift it up. I’m going to be fearless.”

“I feel like God has just orchestrated all this very beautifully,” she says of her journey this far. And as He continues to work on her heart, she can’t wait to see what’s next.