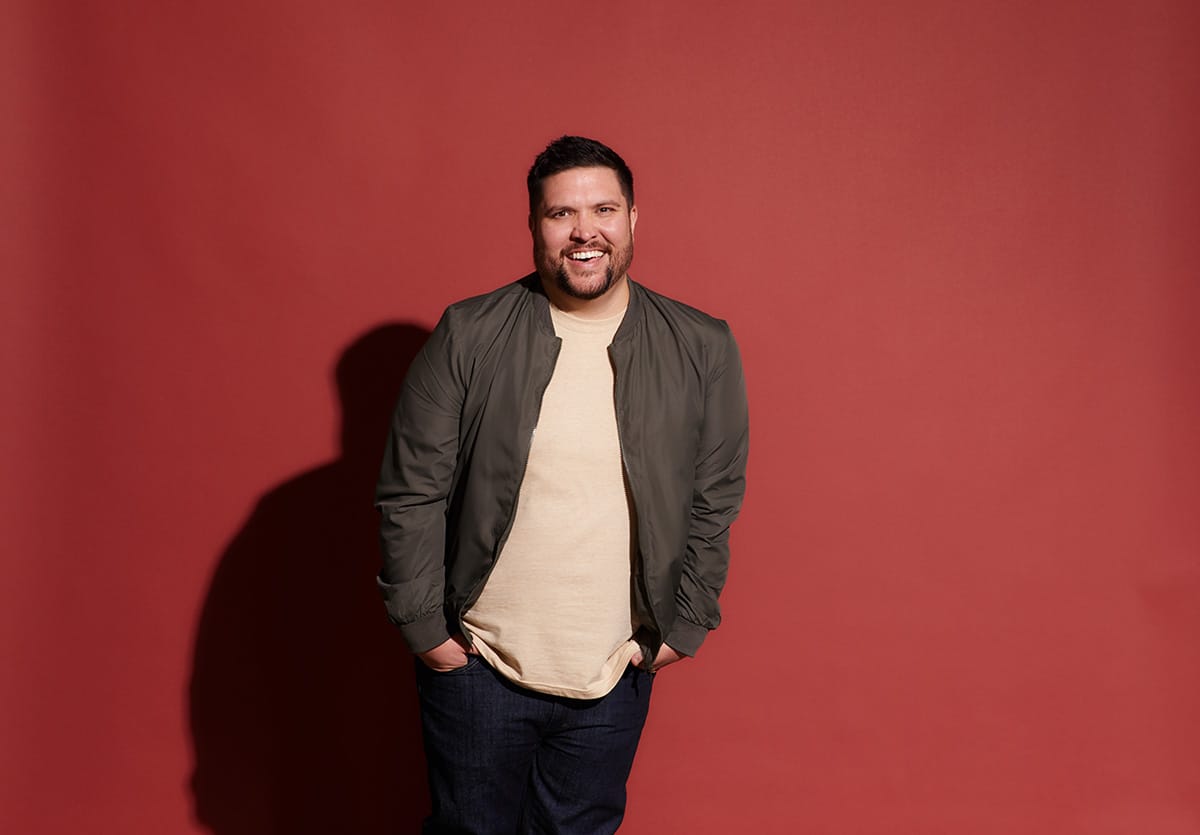 Writing honest songs that put words to the unspoken is at the heart of every songwriter. Whether it’s a melody that uplifts or a lyric that meets people where they are, songwriters chase that connection, the link in the chain of the human experience. When setting out to write songs for his latest release, New Today, singer-songwriter Micah Tyler hoped to tell the most authentic stories he could with the life experience he had. His goals were two-fold. One, that the songs would line up with God’s word and two, that they would be about something he’d personally experienced. What he didn’t count on was his whole world caving in.

At the start of creating New Today, Micah’s career played like a highlight reel: hit songs including “Even Then” and “Different,” multiple award nominations, and tours with personal heroes like Big Daddy Weave, MercyMe, and Jeremy Camp. Things were going better than he’d ever imagined. Then, in the fall of 2017, Hurricane Harvey hit his hometown of Buna, Texas.

Show More“I’ve never lived life outside of southwest Texas,” Micah says. “I’m Buna born and raised. When Hurricane Harvey hit, we had fifty inches of rain fall on our house in two days. We lost four rooms, had to replace everything. At the time, we thought that would be the biggest trial we’d ever have to go through.”

A few weeks after the devastating hurricane while Micah and his family were still in recovery mode, his younger brother, a youth pastor in Buna, was diagnosed with stage four colon cancer. “Those two things happening back-to-back made for a roller coaster of emotions, and there I was trying to write a record in the middle of all of it,” Micah shares. “There were times I was walking into writing sessions knowing the song I wrote could be playing in victory over my brother’s cancer or playing at a funeral in victory over his cancer in glory. I tried to be very present and honest in that.”

The title track “New Today” was written while Micah was in the midst of the valley, worried for his family, his brother, and the future. “I would pray, ‘God, I know Lamentations says Your mercies are new every morning, but I’m not seeing it right now.’” With lyrics that ring hauntingly true, Micah’s pleading vocals powerfully convey both searching for God in times of darkness while also trusting Him in all things.

But it wasn’t all valley moments. In the same way that life is a mixture of joy and sorrow, he found himself writing what he calls “party songs.” Both “AMEN” and “Walking Free” were written on the other side of his brother’s diagnosis and the news that he’d beaten cancer. “Walking Free,” which Micah wrote with Matthew West and AJ Prius, is a joy-filled jam about believing God can walk you into freedom no matter what situation you’re facing.

The album’s first radio single, “AMEN,” is a celebration song about his brother. “My whole life I’ve been trying to protect him and when he was diagnosed, I had to be vulnerable and just wait,” he explains. “We wrote the line ‘I can’t get over what you’ve done for me,’ because we saw firsthand how God did a miracle in my brother.”

“I just wanted to write some songs that were fun,” Micah says. “Something about how no matter what we’re walking in, we have freedom in the middle of it. During every show, it’s our moment to shout these songs together. Whether you’re a good singer or a bad singer, you can shout this one at the top of your lungs.”

One of the more powerful moments on the album, “My God Fights for Me” is a soulful, acoustic anthem with guest vocals from Austin French and unknown powerhouse Nickie Conley that gets up under your skin in the best possible way, a victory song celebrating a God who fights for us. “This one’s about how it doesn’t matter how weak I am or where I am,” Micah says. “In the story of David and Goliath, it wasn’t about David, it was about God coming alongside David. With Daniel and the lions’ den, it wasn’t about Daniel but about God coming alongside Daniel and shutting the lions’ mouths.”

A few years ago, Micah was a part of starting Emerging Sound, a youth camp dedicated to equipping young songwriters. At a recent camp, he was working on song ideas with a group of high school kids and posed the question – what’s the one thing we all have in common? The students were from a variety of backgrounds and ethnicities, but the one commonality they shared was the Lord’s mercy. They wrote “What Mercy Did for Me” and released a live video. The song caught fire and now has over 20 million views, has been translated into multiple languages and is sung in churches around the world. Micah decided to re-record it for New Today and brought in Jason Crabb and Maranda Curtis to sing guest vocals. “I’ve never been more excited to be the third best singer on a song,” Micah jokes. “I’m hoping people hear this song and it continues to get passed around in churches and communities.”

For Micah Tyler, New Today is an all-encompassing representation of his family, his story, the trials he’s personally faced and how he’s found God through all of it. He put special care not only into the message of the songs, but the melodies as well. He says, “I love this album so much because not only are we telling good stories and representing the Gospel, but it’s so heavily influenced by music I’ve grown up listening to, everything from Elvis to Shane & Shane to Ray Charles and Boyz II Men. I wanted these songs to melodically convey all the different emotions so you could really feel what we’re saying.”

New Today does just that. It’s a collection of songs filled with life’s unexpected trials and joys told in a way that’s as relatable as it is singable. “If you want a glimpse of what my life’s been like the last three years,” Micah says with a smile, “it will take you about 53 minutes of listening to this album.”