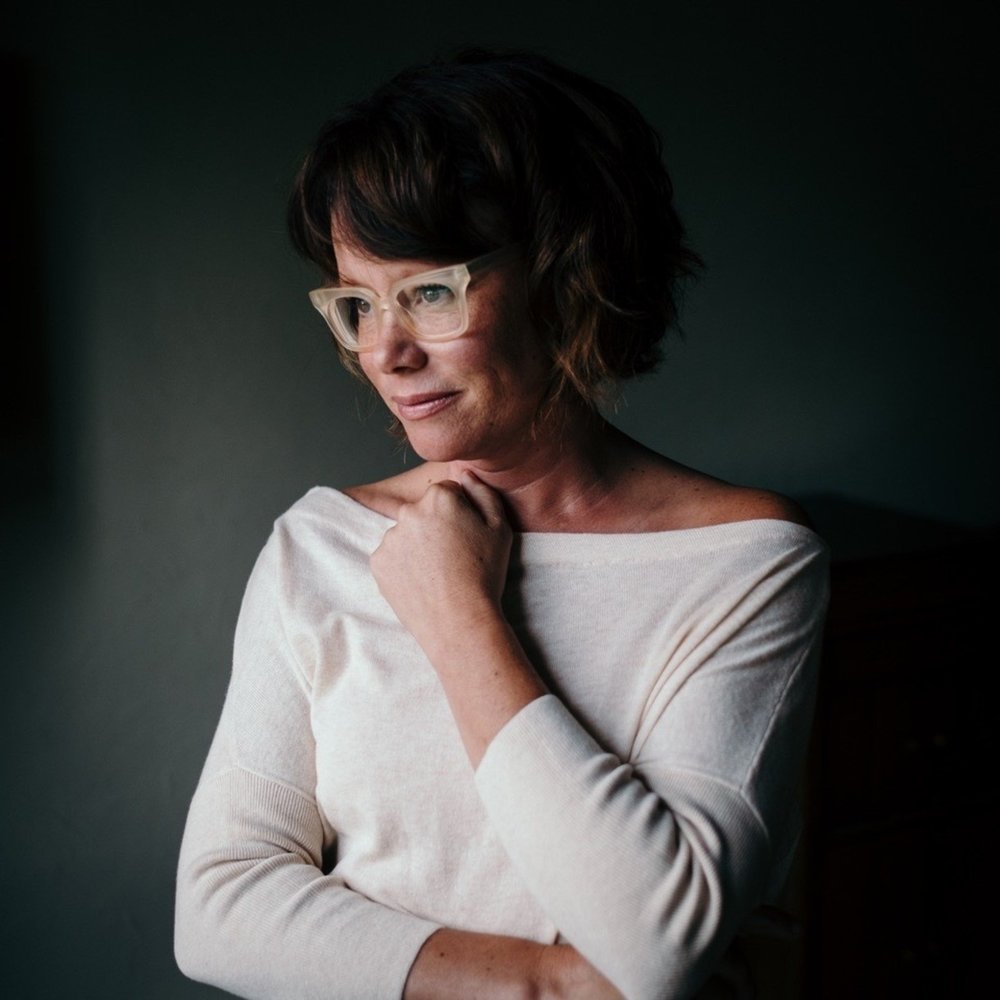 Some albums are born out of a place of struggle and wrestling, others flow easily from a seemingly endless wellspring. Abide With Me, the new hymns collection from Sara Groves, is like warm, welcoming sunshine after a long, hard rain. Her 2015 album, Floodplain, was the result of a season marked by change that left her overwhelmed. This time around, Groves says, the process couldn’t have been smoother.

Not that the recording process is ever effortless — an artist always leaves a little piece of his or herself on the studio floor — but this music was created during what is definitely a sweeter, gentler season for Groves. “Some really deep, good work is happening in my heart, and it’s tied so much to the community.”

That community she references has its roots in Art House North. For nearly six years now, Sara and her husband Troy have run this artistic endeavor in St. Paul’s West Seventh neighborhood, an area steeped in creativity. Described as “creative community for the common good,” the flexible space hosts everything from live concerts, plays, rehearsals and yoga to church meetings and deep discussions about issues impacting the area and the world at large. There’s even a School of Rock-style after-school program that’s just getting off the ground.

It seemed only fitting, then, that this new album would be recorded at Art House North, the source of so much joy for Sara. The fact that most of the players on the project live within a five-block radius of the building only added to the sense of community.

But why a hymns record? The idea appealed to Groves’ love of collaboration, and it was something Troy had been urging her to do for a while now. She also really liked the challenge of looking at these classic songs and asking, “how would Sara Groves do this?” And while the songs may not belong to her in quite the same way her other tunes do, each one is deeply personal, having provided great comfort and nurture during difficult times. The result is a very personal collection of music that has been a balm to Groves, recorded in a place that has been a balm to her as well.

Inside Art House North, you’ll find an intimate space that at capacity can accommodate only 140 people. There’s a lot of warm wood and it has the welcoming feeling of an old community church. It’s In that familiar building that Groves was able to infuse the music with the friendships and history of the place. The overall effect gives listeners a sense of walking into the back of a church and discovering it for themselves.

The initial thought was to set up some mics and catch the magic live, but Nelson and Groves heard a fuller project coming together. Woodwinds, mandolin, fiddle, banjo and accordion make for a beautifully warm-sounding record. Family and close friends were invited in to record the group vocals, and were instructed to sound like the congregation and not the choir up front. Groves’ desire with Abide With Me was to give the onus of worship back to the people.

The title track, “Abide With Me,” captured the idea that these songs have not only been good company but they all point collectively to an aspect of God that has been made very vivid to Sara in the past five years: that fact that He’s her friend. Maybe that’s why she chose to cover “What a Friend,” adding some new music to the age-old track for a fresh take.

“We have a lot of narratives about God,” Groves explains. “Our walk with Him can be a beating at times, but these days I feel His tenderness, that abiding. His friendship is what surprises me, and that’s what gets expressed on this record really well. He’s been with me regardless of my tone and my heart. He’s shown me what it means to be a friend at the deepest level.”

Revisiting “He’s Always Been Faithful” 20 years later was an emotional experience. One of Groves’ most requested tracks, the history added nuanced layers to the new version, while rich woodwinds at the end give the song an additional warmth. “Fairest Lord Jesus” is another old friend, a song that can be traced to Groves’ college choir. The Snow White-like sentiment of the lyrics has always moved her: “Who’s the fairest of them all?” For this version, she altered the melody a tiny bit but was careful to stay true to the original.

Other standout tracks include “Praise to the Lord,” which she loved for the invitation to “ponder anew.” “Song of Blessing,” written by John Mark and Mary Weins, caught her attention at church while being sung to the kids as they head out each week to Sunday school class. And Stephan van Vorst re-tuned “Lead On, Oh King Eternal” while retaining the original sentiment.

While these well-worn lyrics may not express any new ideas, Groves knows they contain timeless messages we continue to need. And she’s not singing these songs to you. Instead. Sara hopes that as you listen to Abide With Me you’ll understand the album is an invitation to join the singing — in your car, doing dishes, at church. This music belongs to all of us.